Try watching a football game nowadays without being bombarded with ads from FanDuel and DraftKings for their daily fantasy football leagues.

They usually include someone talking about spending just a few dollars and winning thousands or even millions.

So you may naturally be wondering just how does FanDuel work, and can you actually win money on the site?

Well, you have come to the right spot. I am not only going to tell you how FanDuel works, but I will also give you some tips on how to succeed once you start playing.

How Does FanDuel Work?

FanDuel is really not much more complicated than their commercial’s let on.  You can go to the site and create an account in just a few minutes.

Then you deposit some money, the minimum deposit amount is $10 dollars, and start playing.

What is the Difference in the Contests?

The primary distinction between the contests is the number of contestants and/or the payout structures.

The Tournaments, for example, are the only contests with guaranteed prize pots, regardless of the number of entries.

The pay out structures vary with the Tournaments and Leagues.  Some are winner take all, but more commonly the top 10 to 20 percent pay out. 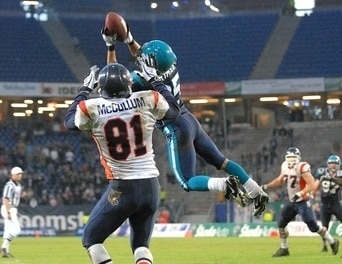 The League pay out structure is commonly set up so that the top 12 entries win, with first place getting $50 and 10-12th getting $6, and varying amounts for placing between 2nd – 9th place.

The Head to Head’s and 50/50’s are the exact same concept except much simpler.  In a Head to Head only two people enter.  The entry with the higher score wins the entire pot (minus Fanduel’s cut).  In a 50/50 the pot is split between the top half of the entries.

Multipliers are the same concept, but instead of a 50/50 split it might be a 33/67 so that the top third of the entries can triple their money instead of doubling as they would in a 50/50.

How to Get Started with FanDuel?

In all of the contests you pay an entry fee, which can range from $1 to thousands of dollars.  Generally the high entry fee contests have a lower number of entries.

Before you have to pay the entry fee you can draft your team for the contest.  Every player has a salary and your team has a $60,000 salary cap.

This is where the strategy comes into play, as I will discuss shortly.  After you draft your team and pay your entry fee you’re all set.

Before I move on to strategy, I want to make a couple of notes about FanDuel Points (FDPs) and Bonuses.

The FanDuel Points are essentially cashback points from the site that you earn every time you enter a contest.  You accumulate points whether you win or lose, and after they add up you can eventually use them in lieu of cash to enter contests.

The site’s advertisements often mention bonuses that will match your first deposit by 100 or 200 percent. Importantly, this bonus is paid out incrementally at a rate of 4%, or $1 for every $25 spent on entry fees.

That is, suppose you deposit $10, and get a deposit bonus of $20.   You will need to spend $500 to actually receive the entirety of that bonus.  So unless you are making large deposits, the bonus really doesn’t mean much.

FanDuel is very easy to play, but harder to win on.  A legal battle has already begun as to whether their daily leagues are gambling, as Nevada has recently required them to register for a gaming license.

Fantasy football is certainly not an exact science and undoubtedly has some risks involved, but it is also very strategic.

Obviously the best thing to do is to research the players and their match-ups each week. If you really want to win some money, you need to go beyond that simple research.

First, it is very important to pay attention to the scoring in the daily leagues.  For example, in most FanDuel fantasy football daily leagues, each reception is worth half a point, and unlike other fantasy gaming sites, there are no bonuses for yardage totals.

Being aware of the ins and outs of the scoring system is a step often overlooked by casual players.

Another helpful tip is to use the Vegas lines to you benefit.

Not surprisingly, studies have shown correlation between the Vegas over/unders for scoring and the fantasy production for players in those games.

Vegas prop bets also can provide good expectations for certain players.  If a prop bet is whether Phillip Rivers will throw for 350 yards, then Vegas obviously expects him to have a good game.

Their experts are incentivized to get the number’s right, and it’s usually not a bad idea to rely on them.

To Play or Not To Play?

If you are looking for a way to make money, you should understand that FanDuel is many things but an easy moneymaker is not one of them.

It is a very fun way to earn some money, though, and gives you a chance to actually win big money.

Now you know how Fanduel works, are you going to pass or play? At least you now have the right information to make an informed decision.

Every played Fanduel? Have your owns strategies or suggestions? Let us know.

Not into betting and looking for something more stable, even long term wealth? Learn to build a passive online income, it’s one of the best things I’ve ever done. 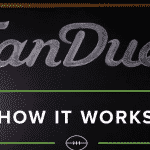