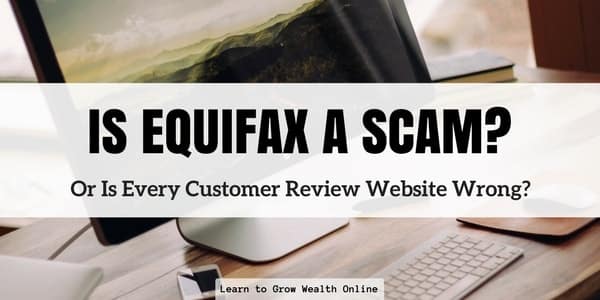 Equifax is a company that specializes in credit reports and cyber security.

It was also the victim of one the largest cyber attacks in history.

Unsurprisingly, a lot of people have been asking “Is Equifax a Scam“.

If you’re worried about cyber security and identity fraud, the product I recommend in this industry is Identity Shield, an extension of Legal Shield.

Let’s start with the most important information – the Equifax security breach.

Recently this year, it came to light that the company actually lost more data in the breach than it announced, which has led to a public backlash.

Considering Equifax is one of the three major credit reporting companies in the United States, more than a 145 million customers have been affected.

This makes it one of the largest security breaches in history.

Since the breach, the company has spent millions on research to improve their security as well as replacing the CEO, but the damage has been done.

The company also launched a test site that you can use to see if you have been affected by the breach, a free service that some testers describe as “sketchy”.

Speaking of free services, after the breach, Equifax is now free for everyone who lives inside the United States.

Why someone would want to sign-up with a company after the security breach is unclear to me, but it seems like a lot of people still find value in Equifax’s service.

Thankfully the company has provided a nice set of material you can use to recover your information, as well as a service that will freeze or lock your credit report.

They also let you place a fraud alert on your credit reports, if you think they were compromised.

Equifax is a major credit reporting company but they also provide other services as well.

Their two core products are Lock & Alert and Equifax Credit Report and Score. 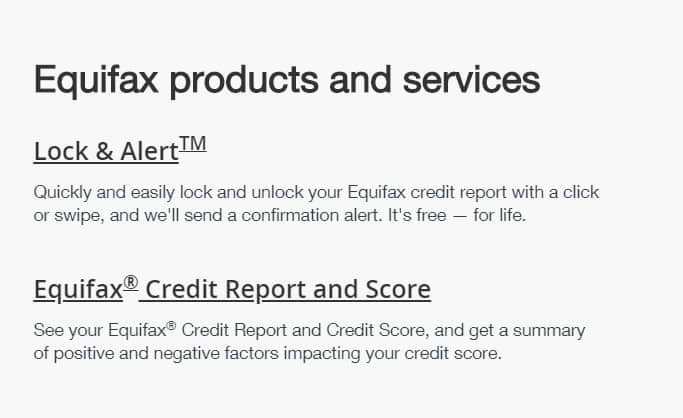 Instead of scanning the internet for your information like other companies in the industry, their prevention method for identity theft is locking your credit report.

The company has a nice little checklist for identity theft protection steps, and they suggest you either place a security freeze on your credit reports or lock them completely.

When it comes to identity theft, Equifax does not provide any special services, as the focus is on monitoring credit reports.

In short, the company provides free credit reports, with options to freeze and lock them – and that’s basically it. It’s free for life too.

Is Equifax a Scam? 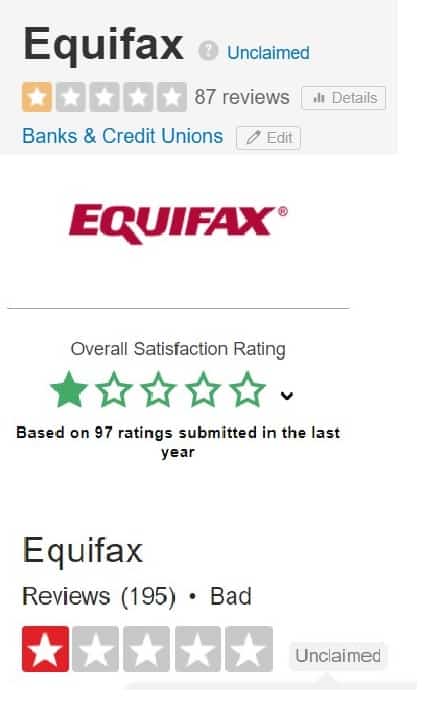 I wouldn’t say it’s a scam, but most customers agree it’s not the best credit monitoring company out there, even if it is free.

But besides that, the main issue I have with this company is other smaller companies use data from Equifax in their services.

Customers have also complained the information on Equifax’s website is inaccurate. Even tons of registered members being labeled as “Unregistered” and other errors.

For example, customers have complained that paid bills are still being listed on their credit reports, despite already being paid in full.

It seems like the credit reports are inaccurate more often than they are accurate.

Another downside worth mentioning is the customer support.

I found numerous complaints that mention terrible customer support, including everything from rude agents to unnecessary information requirements.

There is a lot of controversy around Equifax, that’s for sure!

After seeing all the negative on these guys, I think it’s safe to say avoiding this company is a good idea.

The Upsides to Equifax:

But there are some upsides!

I like how that Equifax provides a ton of free information on their website. You can learn how to avoid identity theft and other types of online fraud.

Additionally, they provide you with options to freeze your credit report for free, which can be quite useful.

There’s also a free tool you can use to see if you were a victim of the data breach.

You head on over to their site, enter your information, and they’ll let you know.

Personally, after finding out about all the security breaches, I wouldn’t want to enter my information anywhere on their website.

Our Conclusion On Equifax:

To conclude, Equifax in my opinion is not worth the trouble, even if it is free.

I find it interesting how the company asks for your social security number to check if you were hacked.

What? So I can get it hacked again? No thanks!

Equifax seems to be on it’s last legs!

What Do I Recommend?

Well first, there are steps you can take to protect your sensitive information online. And you don’t need the help of third party services.

For example, don’t use the same password for your social media accounts as you do for PayPal or other online banks.

Use a different password for the sites you use on a daily basis and you’ll avoid most attacks.

But if you really want an extra layer of protection, I recommend a product called ID Shield.

In close, I suggest you avoid Equifax and look for other credit monitoring companies.

Equifax has a few too many problems for my tastes.

Thanks for taking the time to read this review, leave a comment if you have any questions.

Ever Thought about Making Money Online, Here’s What I Recommend: