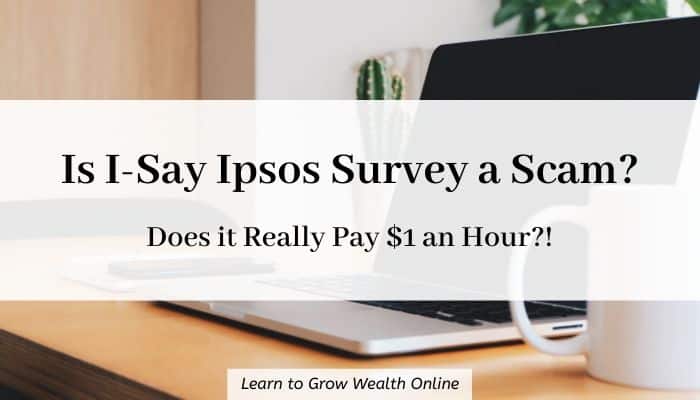 So you're searching for survey websites, and you keep coming across a company called Ipsos. You might have been burned by other platforms, so you're asking yourself, "Is Ipsos a scam?".  If so, continue reading this post because there are some important things you need to know about this company.

Most Survey Platfroms SUCK ---> Try THIS Instead

Is Ipsos Survey a Scam?

After trying out the website, and taking a few surveys, I have to say Ipsos Survey is not a scam, but it's a very low quality survey website, and there are much better alternatives out there. 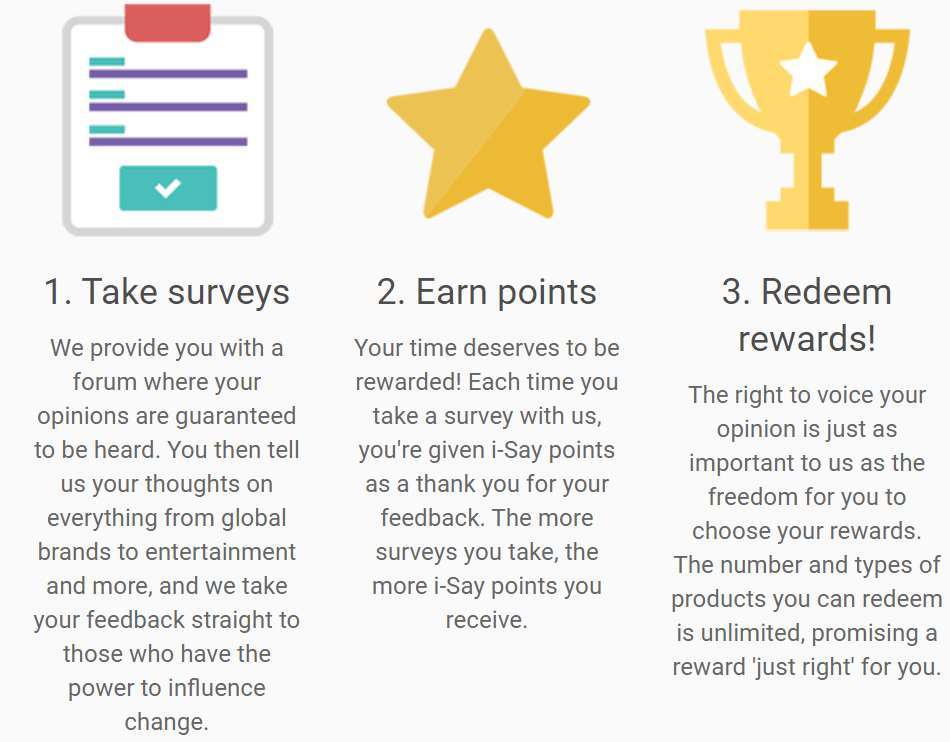 Most of the time, Ipsos surveys do reward users with the promised points. It's not a scam. On the other hand, for the amount of time needed to earn a few measly points, you could be earning some real money. I'll expand more on that later on in this article.

To start with, a quick disclaimer. I have tried and reviews probably hundreds of survey platforms. While I understand that you'll never get rich taking surveys, I appreciate the survey websites that pay higher than average. After all, they should be paying for people's valuable time and opinions. Having said that, the vast majority of survey platforms are garbage, and Ipsos survey is no different.

As of today, I only recommend Swagbucks and Survey Junkie. If I come across a better one, you'll be the first to know about it. These two websites are decent to earn a few dollars here and there. Don't expect full time income!

Bear in mind, the website where you can take the Ipsos surveys is called I-Say, it's one of the many Ipsos programs. They also have a mystery shopping one, which we won't be getting into. Just remember, when we refer to I-Say, we're talking about Ipsos too. It's available in U.S and Canada.

Without further delay, let's take a look at how we can earn points with I-Say.

I-Say allows members to redeem points in a number of ways. As a matter of fact, I was rather impressed with the amount of options. They also offer some options not often seen in other platforms.

The last one on the list, Virtual Visa Prepaid Card is an interesting one. I don't think I ever came across a survey platform that offers those as a reward. It's useful, too. Most of the time, you can use them to shop online. But not all vendors accept them, so that's something to keep in mind.

Regarding PayPal Funds, they say it takes between 1 to 3 Weeks for them to send it to your account. You also need to have an active PayPal account. That's a pretty long time. In comparison, Survey Time IO pays as soon as you're done a survey.

So now that we know what type of rewards they offer, let's take a look at how we can win them.

The problem is they want a very specific demographic and they don't tell you what it is, so you'll likely be rejected. That can be quite frustrating!

As you might expect, members earn points by completing surveys. Each survey pays between 10-100 points, and they can take up to 25 minutes to complete. The survey panel can be a bit of a hit and miss, sometimes there are plenty of surveys, and other times, it's a ghost town.

Here are some of the most common surveys you'll find on I-Say:

In most cases, the points earned are added to your total in minutes. Currently, there are no other tasks you can do to earn extra points. But they do have a loyalty program.

The program is pretty straightforward. You earn Loyalty Points based on tiers, after completing a certain number of surveys. For example, if you complete 10 surveys, then you earn 50 points. After 50 surveys, you earn 200 points, and so on. Bear in mind, it only runs from January 1 to July 31st, and you need to qualify to join.

So that pretty much summarizes how the platform works. Now here's what I didn't like...

For starters, it has a bad reputation on public review platforms, such as Trust Pilot. On Trustpilot it has a 2/5 rating with 72% of the reviewers rating it one star.

There are also plenty of complaints on Reddit from people saying the surveys are buggy, take a long time to complete, and often disqualify the user. There are lots of people out there saying Ipsos survey is a scam.

Secondly, the surveys are very lengthy, and I don't feel they're worth the time needed to complete them. For example, the average time for one survey that pays around 40 points, is 20 minutes. Remember how many points we need for $15 from PayPal? 1,530.

While this particular website isn't the best, there are two alternatives you can consider, Survey Junkie and Swag Bucks. But the best alternative, in my opinion, is learning how to build your own passive income business. It might sound complicated, and it's definitely a challenge, but it's worth the effort.

The passive income business model I recommend is affiliate marketing through niche websites. And you're not alone. You can join a training center full of simplified training tutorials, tools, and a helpful community of thousands of members. Interested? Hit the button below.

Get Started with 7-Days for Free!

Thanks for taking the time to read this Ipsos survey review. Hopefully now you know the answer to is Ipsos survey a scam. Leave a comment below if you have any questions. You can also message me directly inside my number one training center.