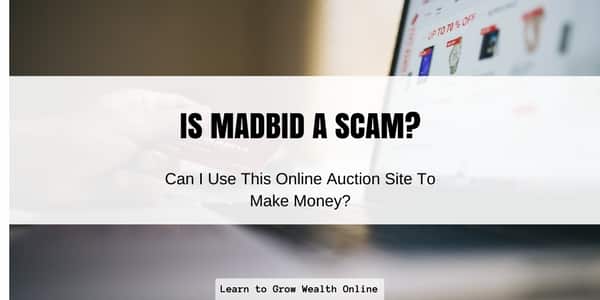 Generally, if something sounds too good to be true, then it is.

You’re here because you want to know that answer to the question: Is MadBid a scam.

We’ll do our best to answer that question in this Madbid review.

Why do some of you want to know if Madbid is trustworthy.

Madbid claims that you can save up to 89% off of some of their products!

They also list items that were supposedly sold far below their recommended retail price. 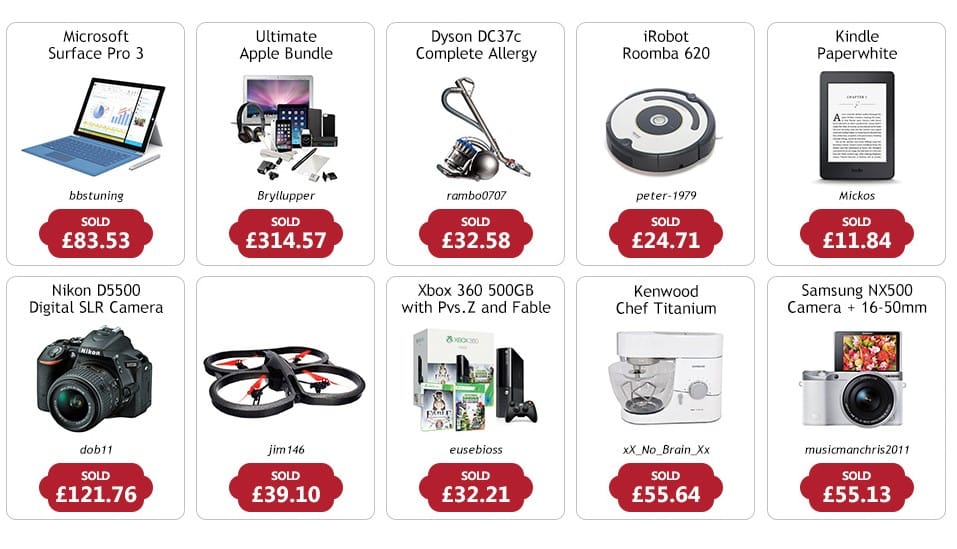 If such items are really sold at such low prices, then you can easily make money by reselling them.

But is Madbid really too good to be true?

Well, if you are wondering if Madbid is a scam, then check out our honest review for answers!

Madbid was founded in 2008 and is based in the United Kingdom.

However, it also operates in France, Australia, Spain, Ireland, and other European countries.

Madhur Srivastava, Daniel Rovira, and Juha Koski are the founders of this company.

The track record of the company is equally impressive, as they have seen extraordinary growth over the years.

In fact, it was reported that they upped their sales by 71 % in just one year.

They had a million unique page viewers back in 2012, and had a very large click volume increase.

However, the success of this company does not come without its consequences.

For instance, the Guardian criticized that “its meteoric growth has also left a trail of unhappy customers“.

Unhappy customers complain about not knowing how the system works only until after they sign up and buy credit.

Because of this lack of information, we wrote this article to better help you understand how the penny auction website works.

However, it has an unique business model.

Users of Madbid have to pay before they can participate in a bid.

They have to buy credit, which allows them to place bids.

It’s similar to a product we wrote about earlier, Deal Dash.

You can buy this credit in bulk amounts, so the pricing may vary.

It’s also import to know not all bids cost the same.

Every time some one places a bid, the price of the item goes up by one penny.

Also, the time for when the bid closes extends by 60 seconds.

When the clock stops, the highest bidder gets the product.

The scene is fast paced, and it’s designed to be addicting and fun.

However, keep in mind that when you lose a bid, you could also lose the money you initially placed to enter the bid.

Officially, you won’t be able to retrieve the money you lost on a failed bid.

But you can use it towards a discount for a different product that you choose to bid on.

According to the Guardian, Madbid makes most of its money through failed bids.

Because the more people that bid on one product and fail, the more money Madbid makes.

Also, according to the article, most people have a hard time using their “discount” money.

They have a hard time using the money they received back from bids, because they can only buy overpriced items.

The company has received its fair share of criticism over the years.

However, the UK Gambling Commission has previously stated that these type of websites are not gambling websites (source).

The Better Business Bureau has also stated that “not all penny auction sites are scams”.

So in short, Madbid is not considered to be a scam.

Nevertheless, it is recommended to set a limit for yourself if you decide to use a penny auction website.

If you spend more than you can afford, then it’s advised to just walk away.

The Guardian article that I mentioned before, also claims that users tend to pay much more than the RRP for items from Madbid.

They also revealed that Madbid has “almost no regulatory supervision“.

So, it is important to tread carefully when shopping on these type of websites.

What Do We Recommend?

It has been reported that some people try to use penny auction websites like Madbid to make money online with little investment.

They hope to buy items for a cheap price, and then sell them elsewhere for their RRP or a higher price.

However, in our opinion, it’s not a good idea to use this method to create wealth online.

Well, some penny auction websites can be risky to use.

There are little to no regulations, and you are not sure how the bidding will go.

In other words, someone else can easily out bid you, and those bids will be lost.

If you are looking for real ways to earn money online, there are a number of routes you can take.

What we recommend is learning how to build your own site and use to advertise your offers.

Want to learn more? Join our free training series below!

You’re Smart: Get the Training You Deserve >>

Thanks for taking the time to read this Mad Bid review.