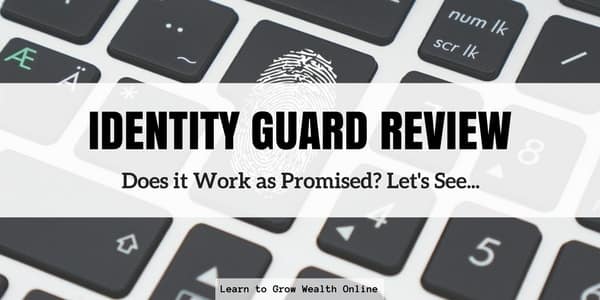 Wondering what is Identity Guard? Is it a useful service? How is it different from similar services in the same industry?

Identity Guard is another online fraud protection company that has been around for awhile.

Today we’ll take a look at Identity Guard and see what it’s all about.

Before we begin, I’m sure you’re wondering what makes this company different from all the other ID protection companies out there, isn’t it basically the same?

Well… yes – and no – Identity Guard has a couple of interesting features that make it unique.

What is Identity Guard:

One of the features is IBM Watson, an artificial intelligence system.

Interestingly, the system was first designed to answer questions on the quiz show Jeopardy, where it beat human competitors, and won the first place prize. 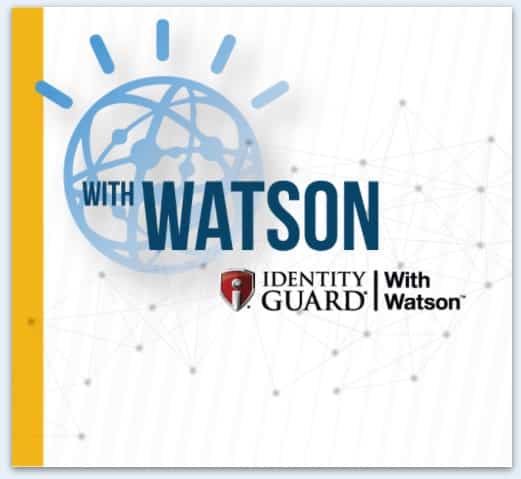 It’s a really interesting technology and it can be applied to a wide range of industries.

Identity Guard uses it to scan the internet for member’s personal information to alert them when suspicious activity is detected.

At the moment, Identity Guard is the only ID theft protection agency that uses this technology!

The Identity Guard with Watson is the budget option and it costs $19.99 a month.

It includes the basic online fraud protection services, some of which are in the screenshot below:

One of the features I liked is the social insight, a new social media feature that analyzes your timeline and your online image with IBM Watson.

So if you’re worried about someone using your Facebook pictures or information for fake accounts, this is worth looking into.

The company has a few cool features I liked, here they are:

On that note, Identity Guard also has a comprehensive system of steps that you can take to restore your identity, in the case it is stolen.

The purpose of keyboard encryption software is to encrypt your keystrokes in case there is a key-logger on your computer waiting for you to type in a password.

Speaking of software, Identity Guard also has their own anti-virus system called Zone Alarm, which is included for free for Platinum and Total Protection members.

In addition to the standard $1 million insurance that is standard for ID theft protection agencies, Identity Guard offers an addition $2000 a week.

The insurance also has options for travel expenses, care for elders, children, and other legal fees.

In short, their features are quite useful, and they use new technology to beef up your protection against cyber-attacks.

We liked their monitoring system and the fact that they monitor not only social security numbers but driver’s licenses as well.

But it’s not perfect…

Most of the Identity Guard reviews mention the same complaints, and it seems like the company hasn’t fixed any of them yet.

The main complaint regarding Identity Guard is the confusing user-interface.

Another downside mentioned online is their lack of responsive customer support.

Users reported the support team took their time replying to questions and were generally unhelpful.

When comparing the pricing, Identity Guard’s plans are a bit more expensive than what we would like, though the services seem to work as promised.

Is Identity Guard a Scam?

People have been asking me, “Is Identity Guard a Scam?” and the answer is no, it’s not.

The company does provide a comprehensive list of services and monitoring options, but no ID theft protection agency is 100% fail safe proof.

In my opinion, if you’re worried about your information getting into the wrong hands, it’s worth signing up to a fraud protection agency, if nothing more than for peace of mind.

I also like how it’s easy to get quick consultations, something that would be difficult without such a service.

But services like Identity Guard can actually cause you more stress by showing alerts that they can’t fix.

The monitoring alerts will sometimes go off and make you think your identity has been compromised, and not provide an options to fix the problem.

These alerts can be a bit annoying but you can switch them off.

In short, you shouldn’t rely too heavily on agencies such as Identity Guard to keep your information safe. Think of them more like a safety net.

An extra layer of protection.

To summarize, Identity Guard is a decent online fraud protection agency, and their use of new technology such as IBM Watson is cool.

Their monitoring technology is quite advanced but their user interface is a bit confusing and the customer support is lacking as well.

But all in all, the company is not a scam, though it’s not our recommended pick.

Our recommended pick is a company called Legal Shield because it not only provides cheap security plans but also some of the best customer support we have seen.

Thanks for taking the time to read this review. Now you know what is Identity Guard and if it’s right for you and your loved ones.

If you have any questions, leave them in the comment section below!